You are here: Home / Search for "tam"

The last male Sumatran rhinoceros in Malaysia has died of old age, dashing efforts to save the critically endangered species in the country.

Tam the rhino, who was in his 30s, lived at a wildlife reserve in Sabah state on Borneo island since his capture in 2008, according to Christina Liew, the state minister for tourism, culture and the environment.

“Regrettably, Tam died at mid-day, around noon on Monday. Invariably, everything that could possibly have been done, was done, and executed with great love and dedication,” Liew said in a statement on Monday.

Tam was believed to have died of old age, but the wildlife reserve would release more information after completing an autopsy report, Liew said.

Despite approaching middle age, Tam was not grumpy and was “quite the gentleman”, according to the Borneo Rhino Alliance (BORA). He had a calm and steady manner, although he was “a bit cheeky at times”, BORA said.

Sumatran rhinos are the smallest of the living rhinoceroses and the only Asian rhino with two horns. They are more closely related to the extinct woolly rhinos than any of the other rhino species alive today, according to the WWF. The Sumatran rhino was declared extinct in the wild in Malaysia in 2015.

Iman, a female captured in 2014, is now the only surviving member of the subspecies left in the country.

She suffered a ruptured tumour in her uterus in December 2017, but was said to have been showed some signs of recovery by the end of the month, although she remains in poor health.

Another female rhino, jackfruit-loving Puntung, was euthanised in 2017 after suffering from incurable squamous cell cancer.

On Monday, WWF Malaysia called the loss of Tam a “wake-up call” and urged more action to save the endangered animals.

“Our hearts are filled with sadness as we mourn the loss of a species. With Tam gone, we now only have Iman left, our last female rhino. Let the loss of Tam be the wakeup call,” the group said in a tweet. “Our #wildlife needs protection.”

Their isolation, caused by habitat loss and poaching, means they rarely breed and may go extinct in a matter of decades, according to conservation group International Rhino Foundation.

Since 2011, Malaysia has tried to breed the species in captivity through in vitro fertilisation, but without success.

“We hope that with emerging technologies at cell and molecular level, he may yet contribute his genes to the survival of the species,” she said.

Sabah conservationists feel that urgent steps should be initiated to prevent other wildlife species from meeting the Sumatran rhino’s fate.

They hoped for more attention to be given to the conservation of pangolins, banteng, the Bornean elephant, clouded leopard and sun bear whose numbers have dwindled over the years due to poaching and wildlife conflict.

“Invariably, everything that could have possibly been done, was done, and executed with great love and dedication.

It was reported that Tam’s appetite and alertness had declined significantly since the end of last month.

It spent most of its time lying down, having received round-the-clock attention and medication from keepers as well as veterinarians.

In Aug 2010, a wildlife team captured the male rhinoceros at the Kretam oil palm plantation in Tawau.

At the time of its capture, the rhinocerous was thought to be in its mid-20s. Tam was taken to the Tabin Wildlife Reserve where it had lived ever since.

“We hope that with emerging technologies at cell and molecular levels, he may be able to contribute his genes to ensure the survival of the species,” she added.

With Tam’s death, Malaysia is now left with one female Sumatran rhinoceros, Iman. She was captured in 2014.

In 2017, another female rhinoceros Puntung was euthanised because she was suffering from a painful and incurable cancer.

Sabah Wildlife Department director Augustine Tuuga said serious concerns were growing over the health of the rhino named Tam, whose appetite and alertness had declined abruptly since late April this year.

“It is now well into old age for a Sumatran rhino,” he said in a statement yesterday.

“It is receiving round-the-clock attention and medication. Tests are ongoing but it seems that one or more of its internal organs are not functioning well,” added Tuuga.

After a week of being fed and befriended by the department staff, local non-governmental organisation SOS Rhino (now known as the Borneo Rhino Alliance) and WWF-Malaysia, Tam was coaxed into a crate, and brought to facilities in Tabin Wildlife Reserve, where he has lived ever since.

Tuuga said Tam had always been a favourite of the people who worked with it or visited it due to its calm and steady manner.

These illnesses are a reflection of too few rhinos and insufficient breeding success during the last decades of the 20th century.

Puntung was euthanised in 2017 because of painful and incurable cancer.

Since 2011, all efforts in Malaysia to save the species from extinction have focused on the application of advanced reproductive technology, including in vitro fertilisation attempts as well as collaborating with Indonesia.

To date, neither have met with success.

Rhinos have not been seen in Sabah’s jungles for over a decade.
Read the full article here 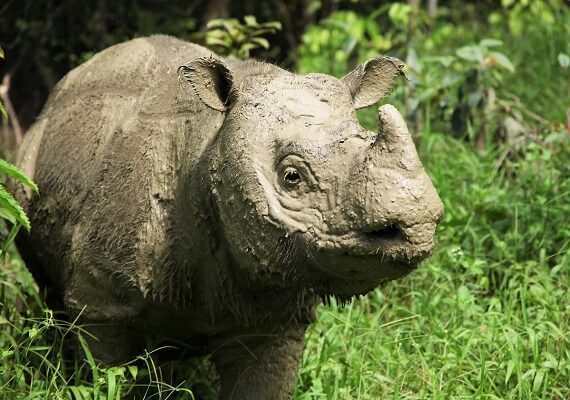 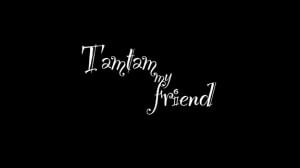 Deep in the rainforest, FF becomes friends with Tam Tam, one the last Sabah Rhinos. After that, he flies to Berlin and learns how and why Tam Tam and the other members of his species are to be saved. The Sabah Rhino Project is led by the Leipniz Institute for Zoo and Wildlife Research (IZW) in cooperation with the Leipzig Zoo and Malaysian authorities, and with support from Germany’s Federal Ministry of Education and Research (BMBF).