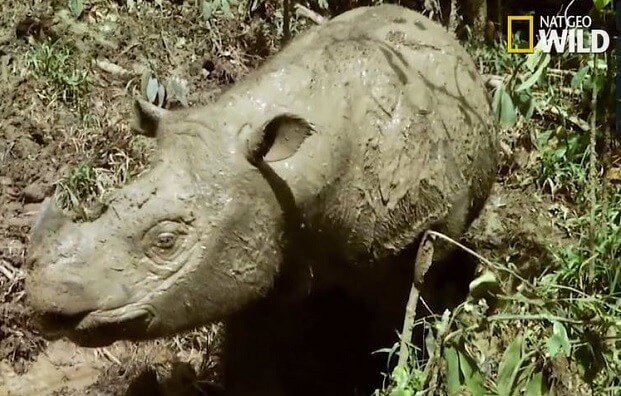 “Operation Sumatran Rhino: Mission Critical” is a new National Geographic Wild documentary which chronicles Malaysia’s foremost rhino scientists in their incredible quest to save this critically endangered species. The documentary premiered at the 2016 Wildlife Conservation Film Festival (WCFF) on August 24 2016.

In October 2016, a very special screening of the “Operation Sumatran Rhino” was introduced by Dame Jane Goodall. Proceeds from the screening held at Petaling Jaya Live Arts went towards BORA’s efforts to save the species.

“Operation Sumatran Rhino” is part of the Mission Critical series of documentaries, a new programming initiative from National Geographic featuring powerful stories of the most incredible and endangered animals on our planet. The series aims to inspire a new generation of animal lovers to preserve and protect our world’s amazing wildlife, and will premiere globally in 131 countries and 38 languages.