By now, a majority of the public are aware of Puntung’s condition. BORA had not released a statement till now, as we were hoping for Puntung to get better, but sadly she has shown little improvement. All of us here at BORA, are very much affected by this and are doing everything we can to treat her.  We are working round the clock to save one of the world’s rarest and most lovable animals, and will continue to do so.  We are heartened by your support and messages of encouragement. Further updates will be provided soon.

Many newspaper have featured stories on Puntung. You can find some of the links to the coverage below:-

Dire straits: Malaysia could lose Puntung, one of its last three Sumatran rhinos 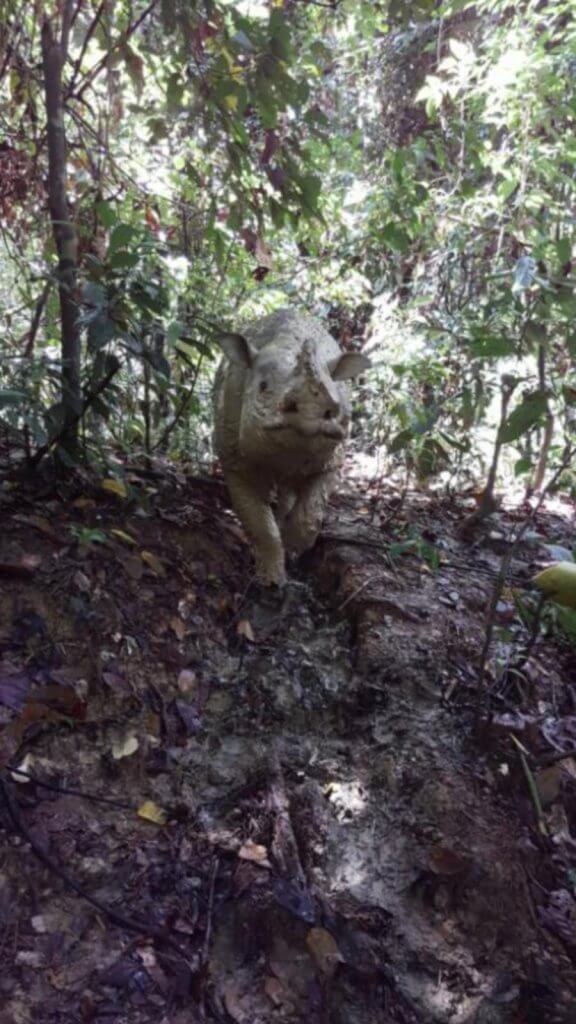 KOTA KINABALU: Rescuers have resorted to handfeeding Puntung, one of the last remaining Sumatran rhinoceros, as it has shown no signs of recovery.

It was reported on Wednesday that Puntung has an abscess inside her upper jaw and she was not responding to antibiotic treatment.

Sabah Wildlife department director Augustine Tuuga said the mammal has been sick the past week, and spends most of the time wallowing. She has not been eating much in the past few days.

“When Puntung leaves her wallow at night, she will be handfed with some browse, bananas and mangoes in the forest paddock, up to midnight.

“The veterinarian said she was more perky today but only ate 5kg of browse last night,” he said when contacted today, adding that average daily consumption of browse should be around 15kg but in this instance, even 5kg of browse is fine as it will be able to sustain Puntung for about 38 hours. 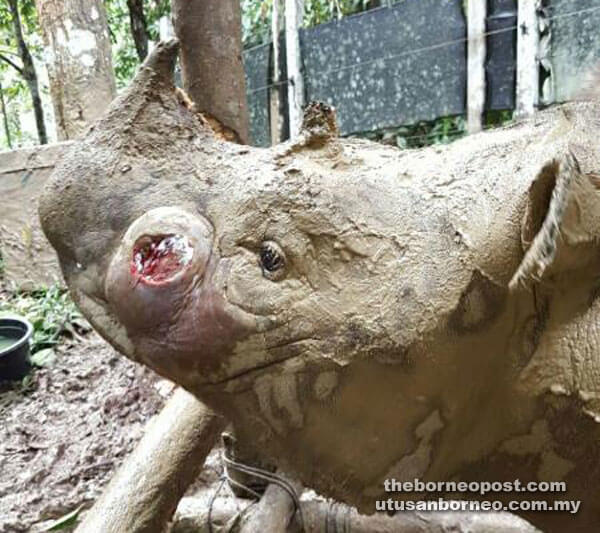 KOTA KINABALU: Puntung, one of the last three Sumatran rhinos in Malaysia, is reportedly critically ill with an abscess deep on her upper jaw, which has not responded to drainage and antibiotic treatment.

Sabah Wildlife Department director Augustine Tuuga said there is grave concern over Puntung’s health because there are signs that the infection is deep and likely to have spread even deeper.

“We are worried about sepsis, an infection that can spread quickly through the body and rapidly cause death,” he said.

“We estimate that Puntung is around 25 years old. Sumatran rhinos have a life expectancy of around 35 years. Loss of Puntung now would be a tragedy, because she potentially has quite a few years of egg production left,” said Datuk John Payne, the Borneo Rhino Alliance executive director.

“Veterinarian Dr Zainal Zahari Zainuddin has been caring for Puntung since the day of her capture and he is doing all that are possible to treat Puntung,” he said. 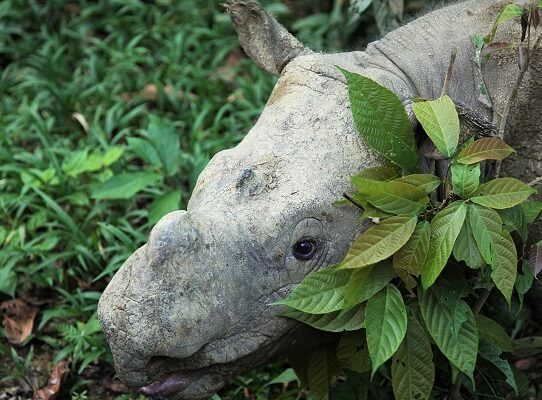 Sabah’s Sumatran rhino population has dwindled to just three specimens in captivity, with the animal considered extinct in the wild.

More critically, the two females are unable to bear young.

State Tourism, Culture and Environment Minister Datuk Seri Masidi Manjun said there was no indication of any more Sumatran rhinos in the jungles of Sabah.

He said he remained hopeful that breeding efforts using in vitro fertilisation would eventually pay off.

“I am by nature an optimist and always try to see the positive side of every issue,” he added.

Sabah Wildlife Department director Augustine Tuuga said one of the rhinos in captivity, a female called Puntung, was suffering from a life-threatening infection.

Puntung, a male called Tam and another female, Iman, were being cared for by NGO Borneo Rhino Alliance (Bora) at the Tabin Wildlife Reserve in the east coast of Lahad Datu district.

Tuuga said they were counting on wildlife veterinarian Dr Zainal Zahari Zainuddin, who has cared for Puntung since her capture in 2011, to cure the rhino.

Wildlife experts’ attempts to get Puntung to mate with Tam proved unsuccessful as she was found to have an array of cysts lining her uterus. The cysts, which are resistant to treatment, make her unable to sustain a pregnancy.