In the hierarchy of biological classification of living and fossil organisms, two levels are well known : species and family. For example, humans are the species Homo sapiens, and they come under the family Hominidae, which includes orang-utans, gorillas and chimpanzees, as well as many extinct apes known only from fossils. Between species and family is a level called genus. Homo, for example, is the genus that refers to humans.

The last genus of rhinoceros to go extinct was Coelodonta, the woolly rhinoceros, about 10,000 years ago. The only mammal genera that went extinct between 1000 and 1900 AD were Megaladapis and Palaeopropithecus (giant lemurs on Madagascar) between 1200 and 1500 AD, and Hydrodamalis (Steller’s sea cow in the north Pacific) by 1768. Since the existence of modern, human nation states, only one mammal genus has gone extinct: Thylacinus, the thylacine, a carnivorous marsupial that died out in Australia in 1936. A close contender now is Lipotes (Chinese river dolphin), which is probably extinct.

After Australia and China, Indonesia will be the nation to oversee the next genus that will go extinct: Dicerorhinus, commonly known as Sumatran rhinoceros. A few tens still exist, but overall birth rate of this genus has been lower than death rate at least since the 1940s. Extinction is assured in the absence of a programme to boost births. 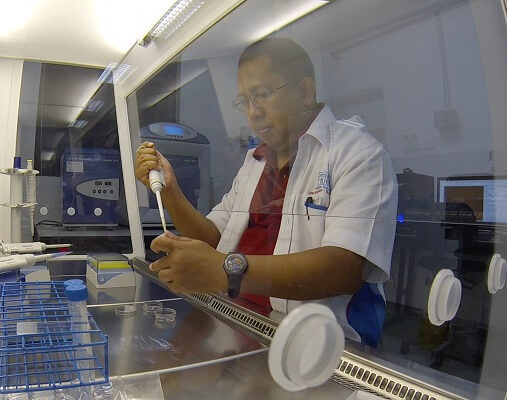 Habitat loss and hunting are NOT the reason that this genus is now critically endangered. To repeat, the reason is: not enough births. Leaving Sumatran rhinos in the wild will just allow them to die without contributing to saving the genus. The way forward is for Indonesia to urgently start a programme to boost birth rate through both captive natural breeding and advanced reproductive technology. Malaysia has made a start on the latter approach, in collaboration with German, Italian and Indonesian experts and has offered to assist Indonesia. The future of the Sumatran Rhino now depends closely on what Indonesia chooses to do – JPayne.