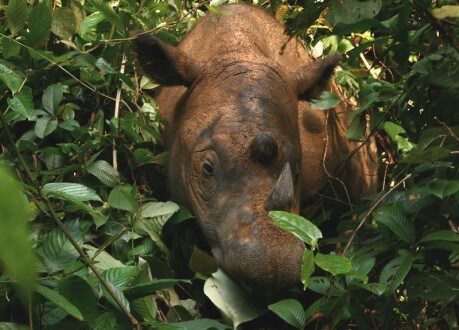 Jakarta.  The World Wildlife Fund has slammed conservation efforts to save Javan and Sumatran rhinoceros from extinction as “insufficient” in a statement released Thursday (22/09/2016).

According to WWF Indonesia, the Sumatran rhinos (Dicerorinus sumatranus) population is not increasing and in a worse position than the Javan rhinos (Rhinoceros sondaicus) which, despite inadequate habitation, continues to grow.

While the Javan rhinos population has increased from 57 in 2014, WWF Indonesia has suggested on establishing new grounds for a second habitat to cater to its population growth – one with no sugar palm trees, especially, as it hinders rhinos away from their source of food.

“As the population of Sumatran rhinos in the wild is reaching critical levels, conservation efforts in Indonesia need to be directed towards semi-natural breeding programs, as habitat protection alone is not enough to save them,” WWF Indonesia conservation director Arnold Sitompul said in the statement.

In 2015 the government launched a drive to protect wildlife and set a target population growth of 10 percent by 2019 for 25 of the country’s near-extinct species.

WWF Indonesia will celebrate World Rhino Day on Sept. 22 at the Global March for Rhinos in Banda Aceh, Aceh, on Saturday with a series of educational events and newborn Javan rhino calves as the main attraction at Ujung Kulon park.