You are here: Home / Archives for conservation in Malaysia 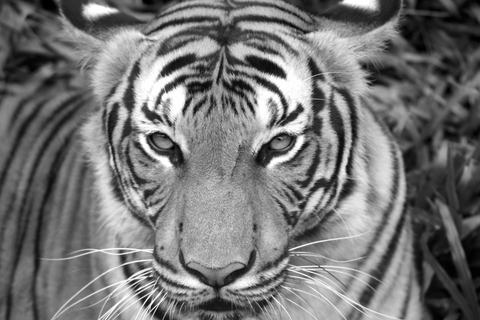 Populations of the Sumatran rhino (Dicerorhinus sumatrensis) have dwindled to critically low numbers in Peninsular Malaysia (current estimates need to be revised) and the state of Sabah (less than 40 individuals estimated). In the latter region, a bold intervention involving the translocation of isolated rhinos is being developed to concentrate them into a protected area to improve reproduction success rates.

For the Asian elephant (Elephas maximus), recently established baselines for Peninsular Malaysia (0.09 elephants/km2 estimated from one site) and Sabah (between 0.56 and 2.15 elephants/km2 estimated from four sites) seem to indicate globally significant populations based on dung count surveys. Similar surveys are required to monitor elephant population trends at these sites and to determine baselines elsewhere.

The population status of the Malayan tiger (Panthera tigris jacksoni) in Peninsular Malaysia, however, remains uncertain as only a couple of scientifically defensible camera-trapping surveys (1.66 and 2.59 tigers/100 km2 estimated from two sites) have been conducted to date. As conservation resources are limited, it may be prudent to focus tiger monitoring and protection efforts in priority areas identified by the National Tiger Action Plan for Malaysia. Apart from reviewing the conservation status of rhinos, elephants and tigers and threats facing them, we highlight existing and novel conservation initiatives, policies and frameworks that can help secure the long-term future of these iconic species in Malaysia.

The above is an ABSTRACT of an article published online in the scientific journal Biodiversity Conservation on January 23 2010.